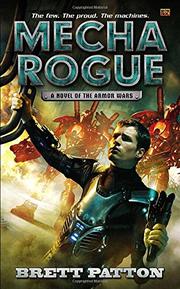 In style and violence, a hybrid of the movies Transformers and Independence Day: the sequel to Mecha Corps (2011).

Capt. Matt Lowell is the interstellar Union’s finest Mecha Corps warrior, not least because of his total recall—he calls it his Perfect Record—and his ability to merge his Mecha’s sensory interface, effectively his consciousness, with those of other Mecha pilots. The Mecha are huge, massively powerful, morphing robotic machines developed by Dr. Salvatore Roth to combat the Union's enemy, the Corsairs. Previously, Matt joined the Mecha Corps in order to hunt down and kill Rayder, the genetically engineered HuMax superman who murdered his father. Matt’s latest mission is to destroy a secret lab on a remote planet where more HuMax are being created. But, to his horrified astonishment, he discovers that the Union is behind both the lab and the HuMax, and the mission involves exterminating essentially helpless beings. Unable to stomach the pointless slaughter, he turns rogue and flees with his Mecha to the Corsairs, a vastly more disparate and advanced group than he had been led to believe. And this is just the first of a series of surprises that will cause Matt to question everything he has been told. The narrative moves at a thousand miles an hour, with just enough depth to the backdrop to avoid obvious pitfalls, and makes worthy efforts at character development, though the plotting’s as far-fetched as you might expect, with Matt able to summon up still another battle-winning superpower whenever he needs it.