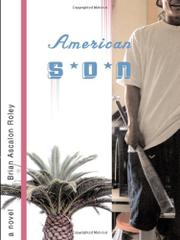 An uneven debut traces the fall of two brothers growing up in Los Angeles.

Gabe and Tomas are teenagers being raised by their Filipino mother. Their Anglo-American father, long-gone, has left them with little more than a mixed heritage that challenges both their sense of self and place in the world. Gabe, the good younger son, watches silently as his brother, sporting the tattoos and attire of a Mexican gang member, plummets further into a threatening world of theft and brutality. Expelled from school, Tomas turns to breeding and training attack dogs for L.A. hotshots, a profession that brings little comfort to their timid, hard-working mother. Out of the blue, both to the family and the reader, Gabe steals Tomas’s car, sells his favorite dog, and runs away with the money, fleeing the kind of desperate life that seems his inevitable fate. Heading north, with no plan or destination, Gabe imagines the eyes of strangers on him in nondescript truck stops and cafés. He feels more isolated than ever. When his car breaks down just south of the Oregon border, Gabe is befriended by a tow-truck driver who shares in conversation his disdain for L.A.—overrun, as he puts it, with Asians and Mexicans. Unbeknownst to Gabe, the driver has called his mother, knowing the kid must be running away. Returned to L.A., Gabe has to pay back Tomas, who forces his younger brother into a life of crime and violence. They steal drugs from a dealer, plumbing from a fancy home, and in the disturbing conclusion beat a boy who has done nothing. Gabe’s narrative succeeds in displaying the kind of cultural isolation that breeds anger, turning a smart, quiet boy into an avenging victim despite his wish to do the right thing. The author creates a few piercing images, but, overall, the plotting is thin, leaving behind an impression rather than a fully realized story.

Far from perfect, but a new voice to watch.