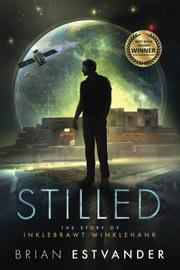 A secret clan of biologically enhanced humans battles their would-be destroyers in this SF adventure.

In Pawtucket, Massachusetts, Maggie Henderson leads a ragtime cover band. Her vibrant onstage persona is at odds with her day-to-day life as a postdoctoral student at the Massachusetts Institute of Technology. She’s working on programming “nanorobots” to help fix damaged skin cells. The work will be, as she tells her boyfriend, Tim Gritmuff, like “the perfect skin-cream.” Maggie also harbors a strange secret. She’s a Huply; she has both human and Plythi’i ancestry. The Plythi’i are a race of humanoids created with nanomachines who possess a telepathic Sense. Our heroine’s life putters along until she meets a man flying a kite barefoot in a park. This is polymath Inklebrawt Winklehank, who briefly attended Maggie’s high school. She’s star-struck because of his brilliant work in the field of “Integrated Bio-circuits” and wonders if he’s attending their high school reunion that night. Meanwhile, a violent offshoot of Huply, known as the Shepherds, wants to stop humanity’s “artificial speciation” and destroy the Plythi’i. The last grand battle between the two secret groups happened in 13,330 B.C.E. in Bolivia. With an attack imminent, Maggie must figure out her connection to Inklebrawt, another Huply, and a strange coterie of individuals, including Navy Seal David Wessel and a woman named Zayla. The group’s only hope may rest in contacting the Tsr’ Yyd, an enigmatic force that, once unleashed, could change life on Earth. Can Inklebrawt access a revered Plythi’i text called the Convictions in time to act?

Estvander’s hard SF adventure is similar to Greg Egan’s and Vernor Vinge’s novels; all toss readers headlong into conceptually dense worlds that require skillful absorption of ideas along the way. The story opens on the realm built by the Plythi’i in ancient Bolivia; this segment is flush with futuristic elements, including “Enginteks” who shape and build with stone using devices called “Vecco’i Sean.” The name Sean crops up frequently in reference to the creator of the Plythi’i, but a full explanation doesn’t arrive until the story’s end. Estvander rewards patient readers with tightly interlocking plot segments, many of which shuffle the cast through time and location (to the planet Ply’, for example). Grounding readers in more mainstream SF motifs is the Sense, reminiscent of the Force in the Star Wars franchise. Another familiar element is the way Inklebrawt’s volatile human emotions often co-opt his cool Plythi’i, Spock-like logic. In one thrilling scene, the character Yumi uses her Sense to merge metal and stone, sealing a doorway against attacking Shepherds. And while there’s much innovation to love in the work’s first half, it often relies on traditional thriller components to goose the plot. The Shepherds, for example, appear on Earth as mobsters who resort to kidnapping and gunplay to achieve their goals. The clever, remarkable finale will give audiences much to think about as far as the workings of the universe and humanity’s place in it.

A well-written, conceptually agile adventure with a memorable ending.