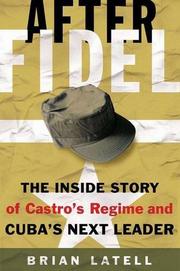 Breaking news from the intelligence community: When the Cuban president leaves the planet, things will change—or they won’t.

Latell has been a CIA Castro-watcher for as long as Castro has been in power, and he has a wry knowingness about the dangers of dogma and certitude. Though he notes that the most loyal audiences for Castro’s interminable speeches have been “us, the anonymous American intelligence analysts working in distant cubicles, parsing his every word,” he allows that there’s much guesswork involved in trying to figure out what makes the bearded one tick. One issue: When did Castro become a communist? Some have ascribed the hard-left turn to bad dealings with the militantly anticommunist Richard Nixon; others say that Castro was born red. Latell adds nuance to the argument by noting that Castro was inclined to the left as early as 1948, but despised the Cuban Communist Party’s cautious leadership; the marriage was one of convenience, at least at first. Another issue: Who will succeed Castro? Latell bets on Raul Castro, the brother with whom Fidel has had an uneasy relationship from their earliest years. Latell hazards that Fidel could not have held power for so long without the backing of Raul, the head of Cuba’s military and a man apparently unafraid of executing his opponents without asking questions. Yet, he adds, Raul Castro shows certain liberal signs that hint that he may emerge in a post-Fidel scenario as someone the West can do business with—if, that is, Raul Castro even wants to be anything more than a transitional boss. Whatever the case, after Fidel’s demise, writes Latell, Raul “will finally be able to express himself without fear that he will disappoint Fidel.” In other words, we’ll have to wait and see.