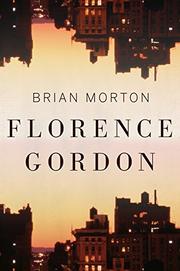 Unexpected celebrity and long-absent family members distract a heroically cantankerous 1960s-era activist in the summer of 2009 as she reluctantly confronts the challenges of age.

Morton (Breakable You, 2006, etc.) returns to the world of writers with Florence Gordon, a feisty literary lioness of the U.S. feminist movement. At 75, she has a just-published book that’s languishing, and despite years away from the limelight, she's embarked on a memoir only to learn that her longtime editor is retiring. No matter: She treasures her solitude and “having fun trying to make the sentences come right.” Yet fame befalls her in the form of a top critic’s review of her book in the New York Times. Family matters also intrude. Her ex-husband, a vicious burned-out writer, demands that she use her contacts to get him a job. Her son and his wife are back in New York after years in Seattle. Their daughter, Emily, helps Florence with research and almost warms up the “gloriously difficult woman.” Then the matriarch’s health begins to nag her with strange symptoms. While Florence dominates the book, “each person is the center of a world,” as Emily thinks, and Morton brings each member of the small Gordon clan to life at a time when there is suddenly much to discover about their world. He’s also strewn the novel with references to books and writers and the craft itself, which is appropriate for the somewhat rarefied setting—Manhattan’s historically liberal, bookish Upper West Side, where Morton’s characters often dwell—and a treat for anyone keen on literary fiction.

Always a pleasure to read for his well-drawn characters, quiet insight and dialogue that crackles with wit, Morton here raises his own bar in all three areas. He also joins a sadly small club of male writers who have created memorable heroines.