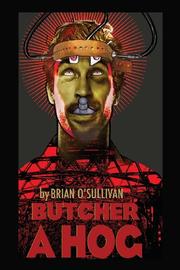 Meet Liam McCarthy, memoirist O’Sullivan’s alter ego, in this, his first writing effort. Young Liam, Irish born and raised, slips into this country on a tourist visa. For the next 400 pages (and about 20 years), we follow Liam through daily hell, much of it of his own making. Not only has he a taste for booze, but he quickly develops a taste for cocaine and Xanax. With little education and having to live below governmental radar, he gets only pickup jobs—plastering, roofing and the like—and many last only a week, if that, though in the Irish underground economy, the lads do (mostly) look out for one another. Housing is another horror: cheap digs with five or six crammed together. What should go toward groceries goes toward beer or drugs. Liam is desperate for a woman but so ashamed of his appearance that he makes do with a notorious inflatable girlfriend. His self-esteem is close to nil and steadily dropping. But slowly, there are hopeful developments. He finds rehab and AA, gets married and is sober for 8 years, a remarkable achievement. Readers root for him. Then the marriage sours, and Liam relapses. But he hasn’t hit rock bottom yet. (Rock bottom is described in the opening chapter; then we flash back to the beginning, in 1985). Liam does find solid redemption or else there would be no story. Of course, he doesn’t become whole and happy overnight, but he has found what blighted his life and the means to begin again. The subject is relentlessly bleak but not so the execution of it. There is even saving humor (but only just). Liam is likable, and the idiomatic Irish voice is strong and direct, with a lilt to it. And the ending is wonderfully handled.

Readers willing to be dragged through hell will take Liam to heart.