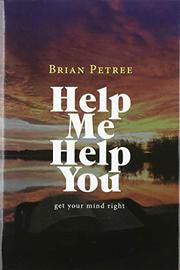 HELP ME HELP YOU

One Christian’s guidebook to a stronger, more personal religious faith.

“I have had many wrestling matches with all those forms of bondage,” writes Petree in his nonfiction debut. “I chose to stay under their yoke for a long time before ultimately learning to choose Jesus and be set free,” referring to all the worldly forces like worry or envy that Petree sees as standing between Christians and purity of faith. He adds: “I hope I’m able to help you make the same wise choice.” This is the narrative ethos of the entire book; the author reflects on the challenges he’s encountered to make the walk easier for others. In a series of fast-paced chapters, Petree draws not only on his own life story and faith encounters but also on a pleasingly wide array of other voices, including spiritual leaders like Billy Graham (“One of the best ways to get rid of discouragement is to remember that Christ is coming again”). He also reflects on less conventional sources of religious inspiration, from 15-year-old high school athlete Tyler Trent, who stirred many with his professions of faith before dying of bone cancer, to an unidentified stranger Petree met on a bus while on a high school trip to Mexico years ago. On the whole, his faith-observations manage to steer clear of both the treacle of typical Christian-inspiration titles and also the reflexive science-denial of American fundamentalism. He stresses that these Christians already have all the food they need for spiritual nourishment. “The good news is that, in terms of your soul food, your sustenance is covered simply by believing in Jesus,” he writes. “The bible [sic] should always be your main course.” Through these and other invitingly simple metaphors, Petree makes an intuitive case for a revitalized faith, and although it has the weaknesses of all intuitive cases, mainly a fondness for clichés and unsubtle concepts, the book’s direct and relatable tone wins out in the end.

A faith memoir with a simple but endearing Everyman tenor.