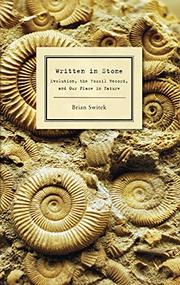 Evolution, the Fossil Record, and Our Place in Nature

“[E]very single bone has a story to tell about the life and evolution of the animal it once belonged to,” writes the author in this easily digestible survey of paleontological history. Some of the scientists reading the evidence brought the quirks and contingencies of their times to the stories they told, trying, for example, to corroborate science with scripture, while others sallied into new and blasphemous realms. Switek invests all of them with a wonderful engagement as they try to make sense of the stone bones. The author weds the geological conjectures of James Hutton to the comparative anatomy of Georges Cuvier, and shows how the tinkerings of Charles Lyell influenced French naturalist Jean-Baptiste Lamarck. Charles Darwin enters the picture along with Alfred Russell Wallace, allowing Switek to examine inherited variation, advantageous traits and natural selection. In his discussion of Thomas Huxley’s skirmishes with reptile-bird relationships, the author conveys the heroic nature of field science—“In order to approximate the dinosaurian physiology, the…scientists carried out the unenviable task of sticking thermometers in the cloacae of American alligators”—while also pondering the self-contained life of the amniotic egg, the energy and perseverance of scientists like Albert Koch and his sea monsters and Hugh Falconer’s tribulations with prehistoric elephants. Switek ranges across an astonishingly diverse variety of topics, including the evolution whales in Pakistan and the connection between jaw and ear bones in early mammals. The author brings all the branching patterns into focus, even when the language threatens to overwhelm, in a way that permits readers to fill the gaps in the circumstantially incomplete fossil record.

A warm, intelligent yeoman’s guide to the progress of life.