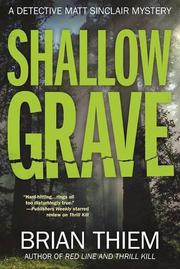 After he’s labored in vain (Thrill Kill, 2016, etc.) to link Councilman Preston Yates and power-broker industrialist Sergio Kozlov to the murder of prostitute Dawn Gustafson, Yates’ pregnant mistress, it’s something of a relief when Sinclair is asked to deal with a much more routine crime: the death of Shane Gibbs, a member of the Savage Simba gang who was reportedly shot at the Iron Horse Bar by Reggie "Animal" Clement. Sure, Animal’s lawyered up, but everybody knows who did the deed, and it’s only a matter of time before Oakland’s finest wear him down. A second corpse, however, darkens the case considerably, and not only because it’s the body of Sgt. Phil Roberts, Sinclair’s old mentor and ex-partner. Roberts, ditched in a shallow grave, was shot, then suffocated, and the prints on the trash bag containing his remains are quickly traced to Shane Gibbs. Case closed, announces Police Chief Clarence Brown, but Sinclair’s not having any of it. The fact that one of Animal’s private-security clients was Maureen Yates convinced him that he can tie Sinclair’s death to her husband, even after he’s warned to leave the councilman alone and then, when he doesn’t, asked for his badge and gun. Sinclair’s FBI buddy, Upton Bellamy, offers to reinstate him as an acting U.S. deputy marshal, but Sinclair would rather go it on his own. In the process he finds that Preston Yates is indeed involved this time too—and that Roberts was keeping some dark secrets from his old friend.

Part sequel, part remake of the hero’s last case. It will be a distinct pleasure to see him move on to fresh targets next time.