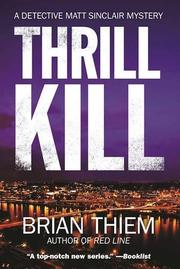 The second case for Oakland PD Sgt. Matt Sinclair (Red Line, 2015) hits a little closer to home than he’d like.

Dawn Gustafson was only 17 when Sinclair arrested her for streetwalking 10 years ago. Though she couldn’t abide life with her God-fearing parents back in Minnesota, the girl seemed to be as bright and gifted as she was beautiful, and Sinclair cheered when she avoided the worst punishments of the justice system and got another chance. Now that second chance has ended with an indelible image: the figure of Dawn, strangled, shot, set afire, and hanged from a tree in Burckhalter Park. Who could have hated her enough to choreograph such an elaborately sadistic murder scene? Going through customary investigative routines sharpened by his personal sense of mourning, Sinclair soon realizes that despite taking accounting courses at San Francisco State, Dawn was back on the game. His attempt to lean on Helena Decker, her boss at Special Ladies Escorts, brings him into an uneasy alliance with the FBI, and his meeting with Bianca Fadell, Helena’s smoking-hot lawyer, leads to a further round of introductions to local bigwigs, the obligatory temptations of the flesh, and the strong suspicion that he’s playing with several different kinds of fire. When everyone from FBI agent Mark Cummings to U.S. Attorney Jack Campbell to Sinclair’s ex-partner, Sgt. Phil Roberts of OPD Intelligence, acts as if Dawn’s murder can be safely ignored in favor of the big picture, Sinclair wonders how big that picture must be if it allows an unusually savage murder to be swept under the rug.

No surprises here, but Thiem’s tough-but-tender hero’s dedication to a routine so grueling it feels authentic puts the procedure back in procedural.