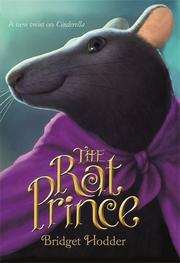 A new “Cinderella” retelling includes the perspective of a rat living in her home.

Chapters alternate narration between Char, the titular Rat Prince, and Cinderella. Though Char initially believes Cinderella is an idiot, allowing abuse from her stepmother and stepsister, it’s soon apparent to him and to readers that Cinderella is shrewd and biding her time. When Char discovers that Cinderella is to attend a royal ball where the human prince will choose a bride, he investigates at the palace, hoping to learn that the prince is worthy of her (he’s not). Meanwhile, Cinderella unwittingly summons her family’s goddess, who plays the fairy-godmother role, with Char arriving on scene just in time to be transformed into a human footman. Much occurs in the short span of hours of the ball, including Cinderella’s falling in love with the transformed Char (almost instantly) and the goddess playing deus ex machina, fixing all problems (save one) in a fairy-tale–tidy ending. The cover illustration of Char, a black rat (Cinderella calls him “Blackie”), is lit in such a way that readers may mistakenly perceive light fur; Cinderella’s lovingly described physical attributes—her blonde hair, pale skin, and oft-praised “tiny” waist—play into tired and damaging tropes. Still, Cinderella is fairly empowered for a damsel in distress.

Though Philip Pullman did it earlier and funnier with I Was a Rat! (2000), this take still feels fresh enough, despite misgivings.