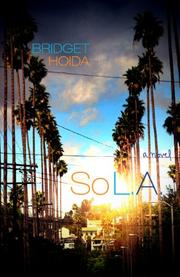 One woman juggles the five stages of grief in this novel’s cutting portrait of a marriage’s slow-motion deterioration.

Twenty-nine-year-old, 6-foot-tall Magdalena de la Cruz (nee Jablonowski) mourns the death of her “Polish twin” brother, Junah; they were born 19 months apart, though they were nearly identical. A Northern California viticulturist turned water mogul, Magda begins her story while desperately treading water in the Pacific Ocean after falling overboard. After Junah’s death, she explains, she’s done everything to “rebirth herself”: moving to LA and erasing the many physical similarities she shared with her brother. She’s been Lasiked, Jeuvedermed and Botoxed; pumped with saline, small white pills and gin—everything “short of a corneal transplant.” Yet nothing brings her closer to Ricky, her overcommitted (possibly unfaithful) husband, or to the acceptance of grief, as her psychiatrist advises. Magda agrees to see “the Shrink”—a female therapist “highly recommended by Eric Clapton’s personal assistant”—only because it gives her 45 minutes of alone time with Ricky in rush-hour traffic. As they drive their tanklike Mercedes home from “Lynda Carter’s Hillary for President Beach Bonfire and Benefit in Malibu,” Ricky stops in “the dead middle of Sunset” and violently takes her, as drivers honk, scream and drive around them. Despite the blood, bruising and noise, Magda feels nothing. Instead, she sets out to discover what it’s like to be unfaithful, hooking up with Quentin, a tattooed rock-star wannabe. After the “third worst day” of her life, when she realizes “infidelity wasn’t fun,” Magda returns to her hometown to rediscover the beauty of a place that also smells like cow manure. She seeks solace in art, eventually making a larger-than-life self-portrait out of rhinestones. Prone to embellishment, melodrama and laugh-out-loud set pieces, Magda isn’t an unreliable narrator, even though she admits to being “inconsistent.” Hoida gives her a sure and steady voice, full of caustic wit and raw emotion. With bright similes and shining epigrams, she gleefully mines Tinseltown tropes while skewering class, consumerism and body image. Revelations are punctuated with punch lines that land squarely in the gut. Although the ending is abrupt, it’s as clever as the rest of the book. Best of all, it leaves hope that readers haven’t seen the end of Magda.

In this razor-sharp debut, grief and loathing beget a juicy tragicomedy.