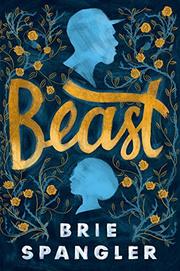 Dylan is a white 15-year-old who’s 6-foot-4 and covered in hair. His nickname is Beast, and the only reason he’s not completely overwhelmed by rejection in high school is because of JP, his popular, rich, attractive childhood best friend.

It’s Dylan’s dream to be a Rhodes scholar, and he’s got the grades for it, but the world assumes he’s a big, dumb football player. After a rough day at school, he falls off of a roof and breaks his leg. He’s assigned to therapy for self-harmers, where he meets Jamie, taking note of her long legs, curly brown hair, creamy skin, and tendency to call him out. Through texts and sneaky outings, they gradually fall for each other. JP gets weird on meeting Jamie, which makes her think he’s not OK with her being transgender. Dylan ices over, shocked—she’d revealed that fact on the first day of group therapy, but he hadn’t been paying attention. Humiliated and angry, she runs. After some bad starts and interventions, they try to be friends again, honestly and openly. Writing smartly in Dylan’s voice, Spangler artfully represents both main characters: the boy who feels like a freak and the witty, imperfect, wise trans girl he loves. Very lightly borrowing on the classic fairy tale, she allows them to fail and succeed without resorting to paper villains or violent plot points to manipulate compassion.

A believable and beautiful human story.