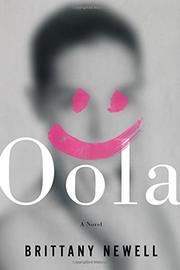 Two young artists fall for one another in this twisted debut, testing the boundaries between love, obsession, and identity.

When 25-year-old writer Leif sees Oola for the first time at a debauched party in London, he feels “an unassuming tingle” at the “sight of her shoulder blades” and makes his move. So begins Leif’s obsessive taxonomy of Oola’s body and history, from her sexual preferences to how she moves when no one else is watching her. At first, these two eccentrics seem made for one another, living and loving in a network of empty houses that stretches from the Arizona desert to Europe to a family cabin in Big Sur. It’s here that Leif’s earlier signs of fixation tip into something edgier and more consuming. On the road, Leif counts how many men follow Oola with their eyes, but in California, he takes notes on the ways she showers for a writing project fueled by “days of research, of study unhinged.” Both the object of Leif’s desire and an objectified cipher, Oola remains slippery and mysterious, barely tangible except as the presence that drives Leif to examine his own past—and what he might make out of his future. Newell’s rangy, circuitous tale is a kind of queer Nadja for millennials with a self-satirizing—and satisfying—bite.

A dreamy and provocative exploration of sex, privilege, and self-discovery.