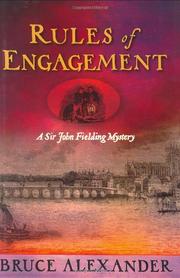 The inexplicable suicide of a powerful British lord leads Sir John Fielding and Jeremy Proctor to the weird worlds of medical quackery and necromancy.

In 18th-century London, the Lord Chief Justice appeals to jurist and sometime sleuth Sir John Fielding when several witness see the distinguished Lord Lammermoor jump to his death from Westminster Bridge—even though he had no apparent reason to kill himself. Giving Sir John an edge is the secret disclosure of Annie Oakum, a former cook in the Fielding household gone on to thespian fame at the Drury Lane Theatre with David Garrick’s famous troupe. She confesses to wide-eyed Jeremy, the blind Sir John’s eyes, legs, and amanuensis, that she spent the night with Lammermoor, her lover, before his fatal leap. A dispute between the coroner, grim Mr. Trezavant, and the earnest doctor who first examined the body leads to an unsatisfying judgment of suicide, and further probing by Jeremy for Sir John. Sir John is suspicious of secretive Lady Lammermoor, who’s tight with Mr. Goldsworthy, a “progressive” physician who claims he can heal with magnets and magnetized water. Unfortunately, the investigation’s timing couldn’t be worse for Jeremy, whose marriage to his long-time love Clarissa, Lady Fielding’s ward, is imminent.

Published posthumously, this 11th installment in the elegant Fielding series (The Price of Murder, 2003, etc.) was completed by the author’s widow and mystery writer Jack Shannon. Most readers will wish for more.