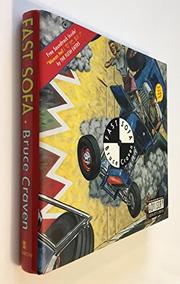 No amount of gimmicky packaging can compensate for the essential pointlessness of this first novel—a glib and predictable adolescent male fantasy that rips off Hunter Thompson, ``Wayne's World,'' and Douglas Coupland. With its cynical appeal to the vidiot generation, Craven's breathless fiction, full of thrash-punk-metal pretensions, is, at its core, a silly love story. Rick Jeffers, ``our hero,'' fancies himself an L.A. ``outlaw'' who lives for ``his tequila, his laziness, his attitude.'' On acid, this jobless lout considers himself ``Lucifer incarnated in the body of a Burbank thrasher.'' But his real problem seems to be fear of commitment—and of poor Tamara, the waitress/actress who so adores this ``bad boy'' but can't get him to do anything other than ``fight and make love, fight and make love.'' Rick, meanwhile, lusts for porno queen Ginger Quail, ``a little scruffy unit of wayhone nectarama.'' Tamara soon finds herself in bed with Rick's best friend, Jack Weiss, a real romantic who lives for ``his weights, his comics, his marijuana, his fighting,'' and for lots of TV-watching. After Rick's apartment gets broken into, he decides on a ``major road trip,'' during which he must ``stay cool and drink beer.'' All the while, he adheres to the motto: ``Make it strange. Make it vicious. Make it weird.'' In pursuit of Ms. Quail on location, Rick picks up a strange driving companion, gets beaten up for scoring a 16-year- old, shoplifts his supplies, blows up a truck, and eventually sees Ginger for the slut she is. An unearned bit of nihilism ends this phony romp, which is padded with lots of lame pop-cult commentary. Readers are wisely advised to ``play this novel loud.'' The enclosed ``thrash-punk'' soundtrack just might drown out the submoronic buzz.