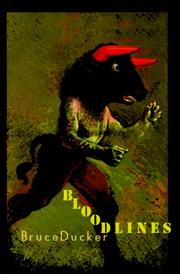 Ducker’s sixth novel (And Lead Us Not into Penn Station, 1994, etc.) spins an intensely revealing fable out of today’s headlines in this story of a young American in pursuit of his family’s ties to Swiss bank accounts looted from Holocaust victims. Bereft of his jazz piano gig and his stateside girlfriend, Peter Steinmuller seizes on his name in a Zurich newspaper as the portal to an enchanted world. The Lîwenhoft Handelsbank is seeking depositors or their heirs to claim funds left with the bank during the dark hours of the war 50 years earlier. Once Peter’s filled out the stack of paperwork required to claim the money in his eponymous grandfather’s account, though, he’s amazed to find that the balance, after a series of payments authorized by the trustee, is only a few hundred dollars'less than he owes the lawyer who’s prepared his claim. Assistant bank manager Helene Durren can’t help him track down the trustee, she insists, though she does end up warming his bed. And the trustee, enigmatic business titan Frederic Von Egger, can’t help him either, except to the extent of offering him his friendship, the hospitality of his estate, and what amounts to the original balance in the account (something over $90,000) if only he’ll leave the country for good. Instead of accepting this apparently generous offer, Peter, in the tradition of every self-respecting fairy-tale hero with “no languages, no contacts, no training,” vows to ferret out every last secret of the account, even if it means digging up unsuspected family skeletons and linking his grandfather’s account to an awful lot of other missing money. Arranging to have every door open as if by magic at Peter’s touch, Ducker provides a rising spiral of thrills without the familiar trappings of melodrama in his best novel yet. (Film rights to Doorbell Productions)