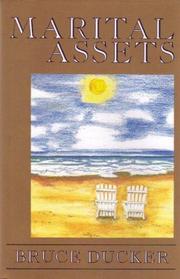 From the vantage of his diary 15 years after he and his wife Evelyn first came to know Weemo and Claudia Abbott, Charles Meredith, an attorney thoughtfully nearing retirement, traces the course of the passionate friendship between the two couples. Though he instantly likes affable, unpretentious Weemo, a child of the middle class gracefully grown into marriage to the Parine Pen family, it's Claudia who captures Charles's timid heart when they meet at a private club in the Caribbean. Without meaning to slight his patient, deliberate wife, Charles leaps to self-assured Claudia's aid when she asks him to explain the terms under which her shares of Parine are held in trust. Will she indeed lose her inheritance if she divorces Weemo within the next seven years? In a legal twist reminiscent of Ducker's Bankroll (1989), Charles soon discovers that as an adopted child, rather than as an ``heir of the body,'' of her doting father, Claudia may have no claim on the Parine shares at all. As he presses her bullheaded brother Gordon's lawyer for meetings, the scene shifts to Aspen, where the couples share absent Gordon's sumptuous mountain lodge and take charming L.A. businessman Jeremy Slatkin into their circle—as Weemo and Evelyn take each other to bed. Charles, lacking their forthrightness, can neither consummate his affair with Claudia nor press hard enough for the legal remedy he wants to present her—though he senses that Jeremy, equally in love with her, has some kind of legal fireworks up his sleeve. Some quiet last-minute surprises do little to disturb the ruefully self- comforting tenor of Charles's reflections. Ducker's elegantly underplotted intrigue will leave the grosser appetites unsated. Even more patrician tastes, however, may find Charles's gentlemanly inertia and his lucubrations upon it less interesting than they are plainly intended to be.