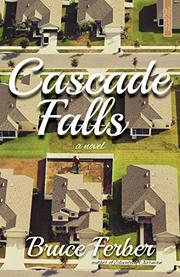 In the suburbs of Phoenix, marriages and careers are coming undone in this second novel from sitcom producer Ferber (Elevating Overman, 2012).

Unfortunately, the shoddy craftsmanship that plagues the subdivision where the novel takes place plagues the book itself. Ted Johnson is a foulmouthed, womanizing, mantra-spouting, once-successful builder who's now teetering on the brink of financial disaster. His middle-aged son, Danny, leaves his wife, Maya, a stymied painter, along with their young children and his job in the family business, to drive to California on a whim with a much younger waitress he met the day before at Applebee’s. Ted hires an eccentric biographer to document his life and his company, which will go under if he doesn't land a miraculous development deal. Ted’s wife, Jeannie, finds companionship with widower Owen, who makes his living fixing the construction problems in the subdivisions her husband built with cheap labor, while Owen yearns for Maya during encounters at their children’s school. The book name-checks restaurants and retail establishments such as Red Lobster, Wal-Mart, Home Depot, Denny’s and Jamba Juice as if branding were a new literary technique. Female readers will find the plentiful descriptions of women’s bodies tiresome and too good to be true: a male fantasy.

Ferber may be trying to explore the consequences of the housing crash, but this soap opera is neither substantial enough to tackle that subject nor skillful enough to parody it.