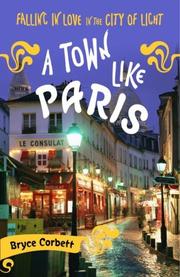 Falling in Love in the City of Light

The book your mildly funny co-worker dreams of quitting his job to write.

Corbett, a dissatisfied young Australian gossip columnist, had always fantasized about living in Paris. Instead, he found himself broke in London, loathing the fog and, after two years, still trying to get over the failed relationship that brought him there. So when he saw an ad for a job in Paris, he applied, even though he was “hopelessly underqualified.” To his surprise, he was hired. He found an apartment, witnessed a Parisian couple copulating before an unshuttered window, and suddenly his heart was no longer his own. The rest of the memoir is devoted to his burgeoning love affair with the city, along with some stabs at human romance. While Corbett’s exuberance is winning and his writing competent, his adventures are standard guidebook fare. He presents unforgivably unimaginative insights and nicknames with the expectation of belly laughs: His circle of expat friends is the “Paris Posse”; he dubs a fellow gym-goer “the Freak,” because she’s weird; and one of the objects of his adoration is “the Showgirl,” because…she’s a showgirl. The author fails to devote enough time to the few truly amusing episodes, as when he contracted crabs, apparently without sexual contact of any kind, and had to visit a series of insensitive, unbelieving or hard-of-hearing medical professionals. Also quite funny is his account of being coerced into appearing on a French-language game show. A sense of shame prevents him from giving anything but a summary account of the proceedings, but the reactions he describes from those who saw the show indicate it must have been memorable. More episodes like this would have greatly improved his uneven, mostly uninspired book.