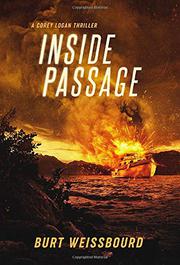 In Weissbourd’s thriller, a woman recently released from prison dreams of regaining custody of her estranged son, but an evil man is determined to continue her “waking nightmare.”

“Trouble follows you,” 15-year-old Billy Logan tells his mother, Corey, and he doesn’t know the half of it. She spent 22 months in prison after being framed by Nick Season, who killed her customs-agent husband and planted drugs on her boat. Now he’s a candidate for attorney general and only Corey knows about the charismatic Nick’s criminal past, although she has no hard evidence to prove it: “He can’t stand that I know what he did, what he really is,” she explains to her son. First, he hired professional killers to go after her in prison; now, he threatens to harm Billy if Corey doesn’t get them both out of the country. She vows, “I don’t know how. But I’m going to fix it,” and she finds an unlikely and unexpected ally in Abe Stein, a doctor from whom she needs a positive evaluation to get her son out of foster care. Worlds collide when Season hires Abe’s well-connected mother to manage his campaign. This is the first installment in a thriller trilogy, and Weissbourd, a former producer of feature films such as Ghost Story (1981), has etched a filmworthy narrative that’s colored by vivid descriptions (“the sky was dishwater white”) and populated by fully fleshed-out characters. Corey is indefatigable and consistently clever, and Nick is truly terrifying; the latter’s belt-buckle ice pick is as scene-stealing as the deadly shoe blade in the 1963 James Bond movie From Russia With Love. When he unleashes his full fury, readers may wonder if anyone will make it to the second book in the series alive.