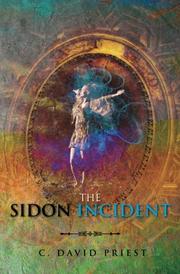 When the novel opens, the daughter of noted neurosurgeon Maurice Bergman is in a coma: She was poisoned at an archaeological dig site near Sidon, Lebanon, where Joseph, the father of Jesus, purportedly rests. Her father must take her to Rome in order to cure her. Once there, she’s given a drug that magically wakes her, and she’s able to explain to her father what occurred: She stumbled on the bones of St. Joseph, and an angel appeared to her in the guise of her dead mother to give her some kind of a fertility doll. Elsewhere, two men who were hired to fetch the statue of the Virgin are now explaining themselves not to the priest who hired them, but to a third party; the exact mechanics of their criminal endeavors remain murky throughout the novel. Also involved are an Austrian professor of Egyptian antiquities named Ernst Von Biden and an American investigative reporter, Marvin Challet, who seem to be representing the interests of the Catholic Church. Narrative focus switches between these groups from chapter to chapter, further complicating an already bewildering story. Inconsistencies and questions abound, even beside the credulity-straining Gnostic plot. For example, if this girl is so ill, why is she in her father’s house and not in the hospital? Even the best neurosurgeons don’t have access to the necessary level of machinery and medication at home. Furthermore, it’s difficult to swallow that a father fearing for his daughter’s life would automatically take the word of a stranger who calls to inform him about his daughter’s poisoning and who further insists that the treatment for this condition is available only in Rome. Even if that were true, logic dictates that it’s much easier to send medication than to bring a girl in a coma overseas. Indeed, none of the medical aspects of the novel can be looked at too closely. Punctuation errors, usually involving commas, pop up on nearly every page, as does an overreliance on ellipses to indicate speech patterns.  Frequently, clunky phrasing and poor diction submerge the narrative—i.e., “laughed belly laughs.” The author also often ignores that old standby of writerly advice: Show, don’t tell. Sometimes, even the dialogue is painfully expository: “You must be weary having just arrived from Lebanon,” a man helpfully explains to his guests.