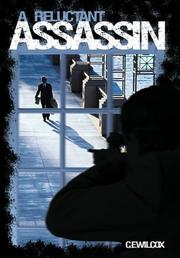 First-time author Wilcox’s thriller follows a former Marine sniper who attempts to solve his financial misfortunes by offering his services as a hit man.

Honorably discharged, Sgt. Oscar Wylton comes home to find his estranged wife remarried; she’s also legally booted him from the company he helped create. Despite his degree and experience, Oscar’s job search is fruitless. So he opts to go into business for himself, utilizing his military training as a hired assassin. Oscar stealthily contacts a troubled woman who could use his assistance, and she accepts his proposal. A successful hit breeds a generous payoff—and a contract referral. Several scenes illustrate the sergeant’s experience in Afghanistan, covertly trekking across the terrain at night. These passages are wrought with anticipation—and shrewd foreshadowing for the assassinations. Parts of the novel feel like shorter stories—Oscar’s saving a young girl in Afghanistan or his mission eliminating Serbian snipers. But this only engenders further sympathy for Oscar, who’s burdened with guilt for killing innocents to avoid capture or detection. Some aspects of Oscar’s life are a little too convenient: His children are flawless; clients send payments with gushing letters and unsolicited bonuses; and his sexual trysts are too easy, including a memorable one with the assistant who is simply passing time while waiting to speak with an arms supplier. Suspense, however, is derived from exhilarating sequences involving hits that rarely go off without a hitch; one narrow escape ends with Oscar hiding in the ceiling of a public restroom for several days, only coming down for water, use of the facilities and a shave. Additional highlights include the roller-coaster relationship between Oscar and his ex-wife, whose messages range from courteous to expletive-laden, and the always-appreciated dry humor: his decision to not “argue” with a large handgun pointed in his direction and the receptionist who offers Oscar coffee, tea, “but definitely not her.”

A precisely written, enthusiastic thriller that definitely hits its mark