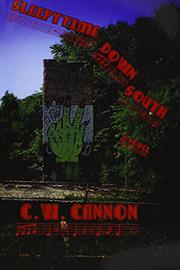 A musician’s impromptu trip to New Orleans leads to a glimpse of the future and a reckoning with his past in this novel.

Music is Peter “Maz” Mazewski’s life, and he is always on the lookout for something new. A talented clarinet player, in the early 1960s, he is named “the Benny Goodman of his generation.” Not content to bask in the glow of the appellation, Maz begins playing alto sax, earning a Grammy nomination. But by 1982, Maz has lost his groove and decides to leave his Chicago home and go to New Orleans. On the train, he encounters a group of men. Most are young and black except for an older white man who holds sway over the group. Trouble finds Maz the moment he enters the city. He’s robbed and then mugged of his cash. Undeterred, he finds a place to stay and starts looking up old friends. At a club, he reconnects with pianist Berta Bredeaux and meets Davis Leggit, the older man from the train. A DJ, Davis introduces Maz to a club that offers a new musical groove. Intoxicated by the changing city, Maz embarks on an exploration of New Orleans in search of the groove and Davis. Cannon’s (French Quarter Beautification Project, 2016, etc.) latest book is a character study of a man seeking to rediscover himself and his passion for music that moves with the pace of a keen psychological thriller. Maz is a complex protagonist; driven by the siren’s call of music, he’s willing to change instruments and styles seemingly on a whim. Music is a significant part of the narrative, and Cannon infuses the story with references to blues songs like “A Hundred Years from Today” and “Back O’Town Blues” and notable jazz musicians like Jack Teagarden and Fletcher Henderson. When Maz finally reaches New Orleans, he finds a city in transition; the places are familiar but new people, ideas, and dangers are beginning to alter the landscape. This tension is captured in a stroll Maz takes down Decatur Street. Years earlier, the street was known for its bars and prostitutes. The Decatur Street Maz walks down in 1982 is something far more respectable. He appreciates the thriving economy but believes it is inauthentic with its “loud, too forcibly upbeat forgeries of the local music.” His reunion with Berta provides insight into Maz’s love of music, and the scenes of her playing at a club called the Kozy Kove pulse with lively energy. Davis is a vivid and unforgettable part of Maz’s trajectory. A DJ and purveyor of pursuits that may or may not be legal or moral, he is the fulcrum of Maz’s final odyssey through the streets of New Orleans. Cannon’s narrative is a well-crafted page-turner suffused with a sense of foreboding. Maz’s destination feels inevitable and the author deftly captures the pathos as he slips from his friends, acquaintances, and, finally, sense of self.

An engaging, melancholy, and uneasy journey through the recesses of the Big Easy.