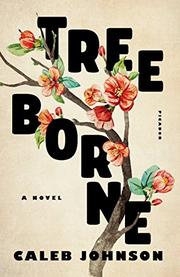 A debut Southern novel, like many in that tradition, which is rooted in place, populated by eccentric characters, and filled with a certain amount of gothic weirdness.

The narrative spans about 80 years and starts in the present day, when Janie Treeborne is being interviewed about her life and times. She lives alone in a house on the edge of a peach orchard in Elberta, Alabama, and she wants to tell how she acquired the house and how the history of her white family has been intimately entangled with the history of Elberta. She and her way of life are now being threatened by the destruction of the Hernando de Soto Dam, which has long served its purpose and is now threatening to give way. In lengthy and extended flashbacks to 1929, we learn about Hugh Treeborne, Janie’s grandfather, who helped build the dam. And in another series of flashbacks to 1958, we’re informed about the intermediate generation—especially Janie’s father, Ren, and her Aunt Tammy, who had aspirations to go to Hollywood and become a movie star dating back to when she saw her first movie at the Elberta Rampatorium. The book has no central narrative thread but instead invites us to become acquainted with an odd cast of characters, both in and out of the Treeborne family, across three generations. Chief among these is Lee Malone, an African-American who formerly owned the peach orchard and also became the lover of Janie’s grandmother (and Hugh’s wife), Maybelle, and Ricky Birdsong, injured in both mind and body and attuned to seeing visions of Jesus. Johnson’s prose can soar to poetic heights, though his language is always rooted in the Southern vernacular. In fact, even the third-person narrative voice speaks with a Southern accent. (“You could still do things thataway back then”; “Pud Ward got hisself a new haircut.”)

A lyrical effusion deeply rooted in place and steeped in quirky characters.