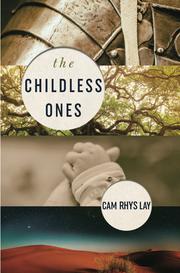 Lay’s debut novel recounts the story of a writer and the fantasy world he’s struggling to create.

Half of this book details the life of Jack Ampong, a frustrated author who’s trying to write a Tolkien-esque fantasy novel, composed of several interconnected short stories. He quit working as an analytics manager to write full time while his wife, Sarah D’Albero-Ampong, a former artist, supports them financially by making sports collectibles, which puts a strain on their marriage. The narrative moves back and forth between the two and includes newspaper articles, text messages, Facebook posts, and more. These tell stories of such things as Sarah’s stellar high school basketball career and details about Jack’s writing difficulties. The other half of the novel is comprised of Jack’s fantasy tales, replete with maps and fictional histories. In this world, elflike people with short life spans hold their people’s collective memories in a “Memory Tree.” There are also sorcerers, the Cree, whose magic comes at a cost: They can’t have kids. This narrative moves around in time, jumping between various locales and several different characters, including sorcerer/scholar Padgett and a mysterious figure named Benedictus. One story focuses on an aging commander who’s attempting to protect his backwater outpost from an unknown army; another tells of two unlikely detectives searching for a missing prince. The overall, interconnected structure is riveting, as the reader never knows where the story will go next—in either arc. The dual storylines effectively feed off of each other, and various details and character traits make their ways from Jack’s life into his fiction. Moreover, Lay manages to bring the two different strands together at the end in a satisfactory and unexpected way. By the end of the novel, the author impressively creates two vivid worlds, each with its own history and compelling characters, while also offering a meditation on the relationship between creativity, fertility, and shared memory.