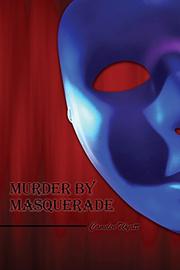 A movie superstar’s shocking on-set death gets the wheels rolling in this increasingly bizarre Hollywood thriller.

Axel Hawk and Zoe Burns, mostly platonic (not his choice) partners at the A TO Z private investigation agency, are hired by starlet Lacey Sills to pursue her suspicions that the death of Montilladan, Hollywood’s “most beloved and most detested star,” is not as it seems. Early on, Wyatt delivers a jaw-dropping revelatory twist. After a reference to Errol Flynn and dialogue that might have been lifted from a 1930s B movie—the director tells his star, “I love ya, Monty. I really do. I love ya”)—there’s another surprise: The story actually takes place in the present day. There are plenty of other surprises to come, some so ludicrous as to be entertaining in their own rights. Some of them are related to out-of-left-field characters. Axel, for example, is an aspiring Shakespearean actor prone to dropping quotes from the Bard of Avon. That doesn’t play well with a cop who has a grudge against him from a previous case. “It’s bad enough…I got to associate with someone who acts in Shakespearean productions,” he growls in all seriousness to Axel. Wyatt doesn’t write with authority or verisimilitude about moviemaking or PI work, which undermines the credibility of his narrative. Similarly, dialogue can be stilted: “I am in a constant state of dolor from the loss of my loved one,” Lacey moans to Axel and Zoe. But if, as one character muses, the movie rights to the story are ever in play, then Wyatt has provided some vivid set pieces that should make for fun viewing. Among them are Axel’s sky-diving entrance on Zoe’s patio, a bathroom beating in which Zoe shows off her prodigious martial arts skills and a warehouse set-to. Montilladan, in particular, could be a game-changing role for an actor who could pull off its seemingly impossible chameleon-esque demands. As a character named Tinker says: “Personally, I don’t think that anyone would believe this.”

A wild one that could set the screen ablaze.