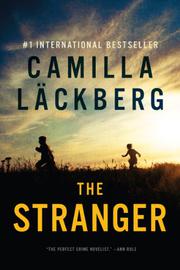 Fjällbacka, which must already be the most crime-ridden little town in Sweden (The Stonecutter, 2012, etc.), gets both a serial killer and a reality program.

Everyone knows that Marit Kaspersen hated liquor. So why did she have a toxic level of alcohol in her bloodstream when her car crashed into a tree? Before Detective Patrik Hedström and his colleagues on the Tanumshede police force can do more than establish that the accident that took Marit’s life was no accident, a second murder claims their attention. With the full cooperation of wealthy Erling Larson and his compliant town council, TV producer Fredrik Rehn and the crew of misfit partiers he’s assembled—bosomy Barbie, spoiled rich kid Calle, untalented singer Tina, bully-boy Uffe and neurotic Mehmet—have descended on the town to shoot Sodding Tanum. Larson, who’s convinced that the show will put the place on the map, gets his wish in spades when one of the dim stars turns up strangled at the end of an especially enthusiastic round of partying, and the surviving cast members are the obvious suspects. Since Patrik is busy welcoming bright new colleague Hanna Kruse into his squad and preparing for his wedding to crime novelist Erica Falck, he scarcely has a moment to spare for the Kaspersen case. When he does look more closely into it, though, he soon realizes that it’s linked to at least three far-flung earlier murders over a period of 10 years and perhaps even to the much higher-profile killing that’s outraged locals without ever slowing down the production of Sodding Tanum.  Patrik’s still no great shakes as a detective—people keep bringing him crucial evidence other cops would have to hunt for—but the surprising punch the big reveal packs makes this the best of Läckberg’s four appearances in English to date.