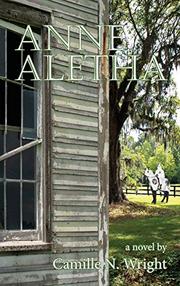 In a novel set in 1918, a schoolteacher in Georgia clashes with powerful racial prejudice fomented by the Ku Klux Klan.

Anne Aletha O’Quinn’s beloved uncle, Carter Irving, dies and leaves her his farmhouse in Ray’s Mill, Georgia, to start her own school. She’s a cerebral woman with a “solitary nature” and tends to find solace in books rather than people. When she arrives, she’s astonished by the malicious bigotry she sees as well as by the powerfully influential presence of the Ku Klux Klan, welcomed by many for their defense of traditional Southern values since the stormy days of Reconstruction. Even the local religious leaders—Anne Aletha chafes at their hypocrisy and has “stomached enough sermons on sin and perdition to last a lifetime”—hail the Klan members as heroes. Racial tensions run particularly high in Ray’s Mill after a black man is accused of murdering a white man and two black farmhands are lynched by an angry mob. Anne Aletha quickly distinguishes herself as a progressive dissenter: She not only disdains racial bias, but also advocates for the education of black children and plans to provide deeded land to Alex and Nellie, two of her of black tenants. Debut author Wright intelligently chronicles this tempestuous time in American history, including the ramifications of World War I, the women’s suffrage movement, and the deadly spread of the 1918 influenza pandemic; for such a short novel, it is generously overstuffed with historical significance. The author’s writing is unfailingly lucid and filled with literary allusions, though her tendency is to lean too heavily on melodramatic sermonizing: “Was the whole world chained to its ignorance?” Wright’s depiction of the South, though, is as personally intimate as it is rigorous—she spent summers in Ray’s Mill as a child and based her story partly on love letters she serendipitously stumbled upon. Anne Aletha ultimately emerges as a memorable heroine—she displays a remarkable mix of intellectual depth and a courageous readiness to act boldly.

A thoughtful account of early-20th-century racial tensions weighed down by clumsy moralizing.