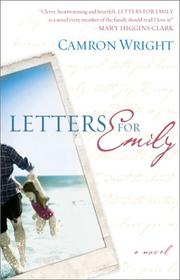 A grandfather’s legacy to his troubled family.

Harry Whitney has been told that he has Alzheimer’s—and he knows it’s only a matter of time until his mind will go. His two children are grown, and his beloved wife Kathryn died many years ago. Harry spends as much time as he can with his six-year-old granddaughter Emily, whose mother Laura brings her to visit every Friday. His son Bob, a self-absorbed pharmaceutical rep, plans to relocate to San Diego and divorce Laura for no particularly compelling reason. Bob’s just not happy, that’s all. Laura is perplexed. Does anyone besides her care about the old man’s welfare? His daughter Michelle visits only at Christmas: Her husband Greg is controlling and cold, and their children hardly know their grandfather. But Harry soldiers on, working in his garden when he can and writing in secret—poems, letters, advice, mostly to Emily—in a futile effort to stay sane. Still, his behavior changes, the signs of impending derangement all too clear. Then, before his well-meaning family can put him into a nursing home, Harry dies peacefully. Laura and Bob sort through his belongings and find a hand-bound book of poems. The rhymes are odd, but it’s plain that the old man was trying to tell them something. Once they figure out the simple code (usually concerning the first letters of significant words in each poem), they can access his computer files with the password given—and there they find his letters to Emily, filled with homespun anecdotes, heretofore unknown family history, and words of love. Harry also left other clues: there may be treasure hidden somewhere in the house. Greg and Bob rent a metal detector, and the treasure turns out to be infinitely more valuable than anyone expected. Reconciliation, inner peace, and tears of happy joy await all.

Comforting as cocoa, a heartfelt first novel inspired by the letters and poems of Wright’s own late grandfather.