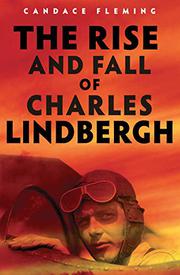 THE RISE AND FALL OF CHARLES LINDBERGH

The story of a flawed, complicated man.

The son of a distant Minnesota congressman and a demanding, well-educated mother, young Charles Lindbergh grew up shuttling among the family farm, his grandfather’s Detroit home, and Washington, D.C. Intelligent but uninterested in school, he began flying at age 19, getting involved in barnstorming and becoming an Air Service Reserve Corps officer. He used a combination of mechanical aptitude and moxie to successfully cross the Atlantic in a 1927 solo nonstop flight and was instantly propelled into worldwide celebrity. Success came at tremendous cost, however, when his infant son was kidnapped and murdered. Lindbergh was also his own enemy: His infatuation with eugenics led him into overt racism, open admiration for Hitler, and public denunciation of Jews. Fallen from grace, he nonetheless flew 50 clandestine combat missions in the South Pacific. He became an advocate for animal conservation but also had three secret families in addition to his acknowledged one. Fleming (Eleanor Roosevelt's in My Garage!, 2018, etc.) expertly sources and clearly details a comprehensive picture of a well-known, controversial man. Her frequent use of diaries allows much of the story to come through in Charles’ and his wife Anne’s own words. The man who emerges is hateable, pitiable, and admirable all at the same time, and this volume measures up to the best Lindbergh biographies for any audience.