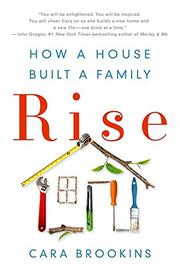 How a House Built a Family

A memoir of a mother and her children building a house—and security—from the ground up.

Throughout her uplifting book, Brookins, a computer analyst, social media marketing expert, and author of middle-grade and young-adult novels (Gadget Geeks, 2015, etc.), consistently displays her relentless optimism. The author begins with the birth of her first child when she was 19. A child of divorce and married at 18, Brookins was confident that she could carry her child—soon to be children—away from the romantic problems that plagued her. These relationships were hobbled by various factors, including schizophrenia, drugs, and, finally, abuse. Brookins successfully extricated herself from her partner’s abuse, but the trauma and anxiety of his return, along with financial hardship, left Brookins with no choice but to move on. Unsure of what to do next, the author eventually hit on the idea of building a house with her children. “The idea of building our own home was not born out of boredom,” she writes, “but rose as the only possible way to rebuild my shattered family while we worked through the shock waves of domestic violence and mental illness. The dangers of our past were more difficult to leave behind than we ever imagined.” Despite the seemingly insurmountable odds, Brookins and her children waded into battle repeatedly, measuring, ordering, hammering, pouring concrete, and pulling apart finished work to put it back together again only to find the one thing they had counted on going right had gone wrong. The author occasionally characterizes her children in ways that make them seem like caricatures rather than individuals trying to work through the instability and uncertainty. However, when she turns the focus on their work, Brookins draws a compelling picture of overcoming adversity and battling against problems from the past that continued to threaten the new life they built.

Not without its flaws but an inspiring memoir of absolute determination.