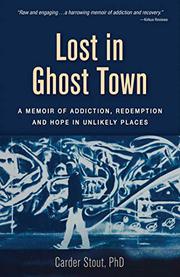 A Memoir of Addiction, Redemption, and Hope in Unlikely Places

A Hollywood psychologist’s account of his drug addiction and poverty and of his clean-and-sober return.

From the outside, Stout’s early life seemed perfect. Yet behind the privilege was unhappiness: Both of his parents drank excessively, and his father was more absent than present. As a preteen, the author experimented with alcohol and marijuana; before he was a teenager, he became bulimic. After his parents sent him to a prestigious boarding school in New Hampshire, Stout attached himself to a popular older student who introduced him to cocaine. Living in New York after college, reckless and without direction, the author exhausted his trust fund on a penthouse and spent most of his nights drinking and snorting cocaine with A-list actors and celebrities. “We were oversexed, libido-driven twenty-somethings without regular jobs to go to in the morning,” he writes. “We drank and laughed and carried on like we were invincible.” A few years later, Stout moved to Los Angeles, where he began his slide into crack addiction. By 2003, he was living in a part of Venice called “Ghost Town,” named for the addict “ghosts” who haunted the streets. Without a job and almost homeless, he became a driver for a Shoreline Crips drug lord named Flyn who offered Stout the brotherly comfort and support he lacked. The author’s situation became even more dire after he became a drug runner for another Crip named Trech. Seeking a way out of the drug life but not sure how to proceed, Stout helped a woman he loved—who also happened to be Trech’s favorite prostitute—escape back home to Detroit. After Trech hunted him down and almost killed him, Stout finally left Los Angeles and returned to the East Coast, where he began the long road to recovery. Raw and engaging, this is both a cautionary tale about the hidden costs of privilege and a testament to one man’s eventual willingness to change to save himself.

A harrowing memoir of addiction and recovery.