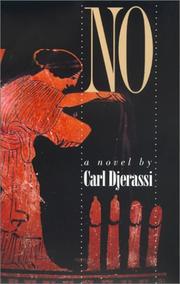 Stanford professor Djerassi (Menachem’s Seed, etc.), eminent chemist and —Father of the Pill,— here concludes his ’science-in-fiction— tetralogy with another speculation about the frontiers of sexuality, this time concerning the effects of nitric oxide (NO) on male impotence. Carefully distinguishing his work from generic science fiction, Djerassi claims that his science is accurate, while implying that the ’science— of science fiction isn—t. He seeks to portray the —tribal behavior— of scientists, typically displayed as they work out methods to test a new theory—in this case, the effect of NO on penile erection. Then there are also the potential hazards of any new treatment to consider: its carcinogenic potential, for instance, duly tested in experiments with laboratory rats. The sometimes pompous Djerassi well knows this world, and his arch sexual humor is fun. Less persuasive, though, is the scientist-as-storyteller. First, Djerassi scuttles the suspense of whether NO will work at all simply by announcing to the reader that it does—both in an introduction and in his first chapter. Second, his protagonist and principal NO researcher, 26-year-old Renu Krishnan, is more of an ideal than a character. Back home in India, her brother and widowed mother continually urge Renu to marry and take up a normal Indian woman’s life, but Renu, insisting that she chart her own course, falls for an Israeli scientist, Jephtah Cohn, who has invented a device for injecting NO (and even tries it himself). The two become lovers but entertain doubts about male and female roles, Judaism vs. Hinduism, etc. As though meant to illustrate a theory of people, yet failing ever really to seem like people, the characters remain constructs who lack humanizing rough edges. Entertaining enough, but all the hoopla over Viagra has somewhat undermined Djerassi’s premise—and his moxie. But for insight into the grants apparatus, the bureaucracy of science, and the way scientists think and work, Djerassi’s your man.