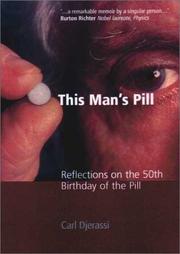 Reflections on the 50th Birthday of the Pill

A memoir of the birth control pill’s monumental impact on its creator’s life, as well as a capsule history of the Pill’s development—and a response to those who blame it for various current social woes.

Djerassi (Chemistry/Stanford), whose laboratory at Syntex in Mexico City synthesized the steroid that later became the first oral contraceptive, clarifies the contributions of numerous other scientists to the birth of the Pill, calling himself its mother, Massachusetts-based biologist Gregory Pincus its father, and Harvard endocrinologist John Rock its metaphorical obstetrician. Having settled questions about the Pill’s ancestry, the author turns to the issue of its impact. He looks at the Pill’s acceptance around the world and raises some interesting what-if-it-hadn’t-been-invented questions, but the heart of the matter is how the oral contraceptive changed Djerassi’s own life. It brought him out of the chemistry lab and turned him into a novelist, poet, playwright, and innovative educator; in addition, Syntex stock options made him a wealthy man, enabling him to become an art collector and patron of the arts. Writing two public policy articles on the Pill convinced him that politics, not science, would shape birth control’s future, and he consequently developed courses bridging science and the humanities at Stanford. What he refers to as “this softening of my scientific persona” led Djerassi to seek a wider public for his views, and he describes his subsequent literary career in loving detail, illustrating his account with examples from his work. An autobiographical poem serves as the book’s abstract (scientific papers have one, so why not this?), and the text is laden with excerpts from his poems, short stories, “science-in-fiction” novels (NO, 1998, etc.) and “science-in-theater” dramas. Djerassi clearly takes great pride in his accomplishments, not least the founding of a thriving artists’ colony near Palo Alto.

Knowingly and gloriously boastful, but not nearly as entertaining as Djerassi’s earlier memoir, The Pill, Pygmy Chimps, and Degas’ Horse (1992).