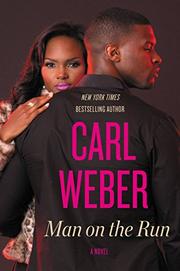 MAN ON THE RUN

Jay Crawford has just escaped from a maximum security prison after serving 10 years for a rape he didn’t commit. Now he's about to realize that life as a fugitive may put everyone he loves in danger.

Weber returns with the cast of Married Men (2001), who are fiercely devoted to friendship, sex, and scandal. Pushed to confess to the crime in order to make parole, Jay busts out. Although his jailbreak may put each of his friends at risk for aiding and abetting, none of them shies away from doing what’s best for "the family." Soon U.S. Marshals show up in Kyle Richmond’s backyard—while he and his wife, Lisa, indulge in afternoon erotic play—and the pressure is on. Meanwhile, Wil Duncan is being downsized out of a job and courted by his uncle to join the shadowy family business, a job he would refuse, but his wife, Diane, has grown quite accustomed to living in style. The fourth friend, Allen, is realizing that his newlywed wife, Cassie, may be less trustworthy than he thought. Despite the risks, the friends band together to help Jay evade the marshals. But Jay’s troubles with the law pale in comparison to the repercussions he fears from Ashlee, his accuser. Will she exact revenge through his family? Disguised as a woman, Jay begins his own detective work, which collides with his friends’ troubles at every turn. Staccato sentences, rapidly shifting perspectives, and multiple plot twists propel Weber’s storyline. While the speed ratchets up the tension, it barely obscures the thinness of the characters. The women, in particular, suffer, with each assessed according to her physique, sexual availability, and loyalty to her man’s wishes.

A testosterone-driven tale of bromance and beautiful yet shifty women.