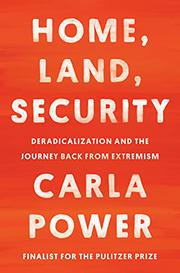 Deradicalization and the Journey Back From Extremism

Power gives surprising answers to some of the knottiest moral, legal, and practical questions of the post–9/11 era: Why do people join terrorist groups? What do we owe former militants? What kinds of deradicalization will prevent recidivism? Drawing on globe-spanning interviews with sources ranging from lawyers and neurologists to former jihadis and their families, the author shows that violent extremists tend to lack the religious zealotry that Americans often ascribe to them. An expert on terrorist groups told her: “The reality is that by and large people don’t join for ideological reasons. They join for adventure, excitement, or camaraderie.” Many militants are also so young and gullible they are easy prey for the Islamic State group or other recruiters. In Britain, Power met with the mother of a slain 19-year-old who was so naïve when he joined IS that he called his mother from Syria to ask, “Mama, would it be okay if I rode on the commander’s motorbike?” In Pakistan, the author visited an acclaimed school that deradicalizes former Taliban soldiers, and in Jakarta, she spoke to an Indonesian man known as “the Terrorist Whisperer,” who helps ex-jihadis learn to give TED-style talks in the hope that their stories will deter others. Power’s exceptionally wide-ranging research persuaded her that Americans need to stop thinking about former militants in absolutist terms like “good and evil” and to take a more nuanced approach to fostering their deradicalization and preventing the backsliding that may occur during long imprisonments. Her argument may not sit well with those who—for religious, ideological, or other reasons—believe that evil exists and society benefits from acknowledging it, but this book is full of valuable insights into violent extremism.

A provocative exploration of the appeal of terrorist groups and how to counter it effectively.