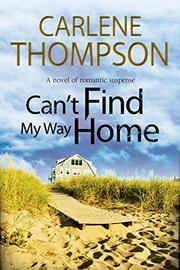 Returning to her Chesapeake hometown 18 years after her father was posthumously identified as the Genessa Point Killer, a daughter who’s coped with her demons by writing supernatural fantasy novels finds there’s plenty of malice left in the old Point.

Nobody believes Brynn Wilder when she tells them that her brother, Mark, is in trouble. And why should they, when her only evidence is a caller from Mark’s cellphone who plays the song “Can’t Find My Way Home” to the end and then hangs up? It’s not as if Brynn has much credit with the local law, who, on the basis of forensic evidence Brynn’s never accepted, decided that middle school principal Jonah Wilder was the monster who’d killed eight children and brutally attacked a ninth, Tessa Cavanaugh, moments before he died himself of stab wounds. Though she’s resolved never to go back, Brynn can’t bear the thought of letting Mark down. So she follows his trail to the place that’s tormented her dreams, and all hell promptly breaks loose. Even though the Genessa Point Killer has been dormant all these years, Jonah’s old friend realtor Sam Fenney is stabbed to death, and Rhonda Sanford, the smugly self-described lover of Brynn’s old crush, Sheriff Garrett Dane, is fed a lethal dose of cocaine laced with strychnine. The only sign of Mark is a series of increasingly alarming phone calls to Brynn. And all the people Brynn most treasures—her best friend, Cassie Hutton; Garrett; his worshipful teenage daughter, Savannah—seem to be wearing targets on their backs.

The solution, requiring an extended confession to the obligatory hostages and some additional explanation afterward, may tax fans of imperiled heroines. Along the way, though, Thompson (To the Grave, 2012, etc.) produces enough blood and thunder to satisfy the most demanding of them.