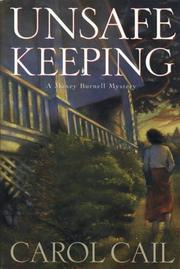 A rash of runaway carsvehicles parked on hills with their parking brakes mysteriously releasedis bedeviling the citizens of Boulder, Colorado. Blatant Regard reporter and co-owner Maxey Burnell gets swept up in the epidemic when her own car narrowly avoids one of the runaways. But it's a second incidentwhich leaves her landlady's grandson, Timothy Waterford, with a broken wrist and his grandmother with a hundred other broken bonesthat makes Maxey determined to find the perp, even without the help of inattentive City Detective Sam Russell, who's neglecting her salacious phone messages as he pursues a cute new colleague. Meanwhile, Celia Vogle, an artist equally outraged over a hotshot developer's plans to raze the historic Gunderloy house (a landmark century-old brothel), is attacked and left for dead while she's collecting petitions to save the housepetitions that don't prevent a similar attack on Maxey herself by the arsonist bent on adding the Gunderloy house to his list of targets. How is Elizabeth Waterford's murder connected to the spate of arson and runaway cars? Maxey's a standup heroine, but her low-octane hardcover debut is fueled by little more than a rap sheet of felonies, with a climactic confession that's practically an apology.