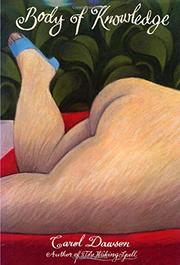 Dawson (The Waking Spell, 1992) masterfully incorporates her central Texas characters into a magical, multigenerational, utterly mesmerizing struggle between good and evil. Back in the early 1920s, Grant Macafee's attraction to Sarah Ransom wasn't love, but a terrible sickness—that's what 500-pound recluse Victoria Ransom's old servant, Viola, tells her with absolute conviction. It was a passion that overwhelmed the sticklike body of the young Grant as he attended parties at the Ransoms' limestone mansion, a house paid for by the phenomenally successful ice business run by Sarah's and Grant's fathers. Entwined though the two families were through business concerns, Sarah refused to marry Grant, consenting only to an affair with him—until, pregnant, she fled her home, never to return. Enraged, Grant impulsively married the woman coveted by Sarah's amiable brother, William—but was humiliated a second time when his wife gave birth to William's child. Grant's fury extended to the entire Ransom family, and in his subsequent isolation it grew to an unalloyed reservoir of evil intent. As the decades passed, Ransoms began regularly to disappear or fall down dead, and the servant Viola begged William to destroy Grant and free the family from his curse. Gently reared William's equivocation in the face of such evil mirrored his country's contemporaneous waffling as Hitler's forces spread across Europe. A believer in the power of his own goodness, William was forced to witness much more—his eldest son's mysterious death, his grieving sister's collapse, his second son's murder—before he understood that the forces of evil had already won. It is William's granddaughter Victoria (the youngest and the largest of all the Ransoms) who, by writing down every monstrous detail Viola has told her, manages to defeat the demons and thereby free her own imprisoned soul as well. This hallucinatory tale grips the reader with its gothic undertones while seriously exploring the complexities of the human soul. Once again, Dawson proves herself an astonishingly accomplished novelist very early in her career. (Author tour)