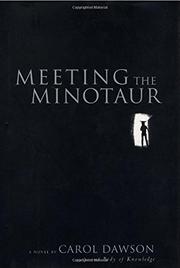 Another wonderfully adventurous and imaginative novel from the highly praised author of The Waking Spell (1992) and Body of Knowledge (1994). Based on the myth of Theseus and the Minotaur and set initially in Dawson's native Texas, this is an extravagant—but engagingly believable—story of 22-year-old Taylor Troys (or, as he prefers, Deeds), a likable layabout who leaves his emotionally overextended family back in small-town Bernice and heads for Dallas to train himself as a cat burglar and track down the absentee father who didn't even stick around for his illegitimate son's birth. Encountering the elusive A.J. Deeds (and having survived hair-raising escapades among the ``Mexican Mafia''), Taylor is thrust into a tangled world of corporate intrigue and more-or-less entrusted with repairing his multimillionaire father's fractured relations with a rival Japanese conglomerate, the Minamoto Group, and embarks on a heroic journey to the Far East that will bring him to a tense, revealing confrontation with the notorious ``demon'' hidden away in a subterranean office. For all the narrative high jinks, Dawson's latest is a thoughtful, probing exploration of the truth that Taylor, in one of his quieter moments, admits to himself: that ``every child in the world ultimately dreams of his parents' perfect union.'' The painfully comic permutations of that truism are explored with ferocious wit in a sprawling narrative that holds in a brilliant balance its winning young hero's comic insouciance and moral backbone. Three terrific novels in five years, no less. It's time to put Dawson's name on the Contemporary Am Lit reading list.