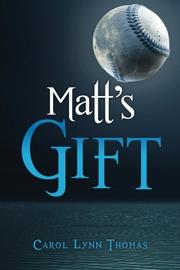 Fourteen-year-old Matt Collier lost his parents on 9/11, and he has been struggling to come to grips with the loss. He's a huge baseball fan, especially of the New York Yankees. Unlike many kids, Matt has deep knowledge of baseball lore, and perhaps that’s why a mysterious alien named the Time Keeper selects him to journey back in time to any baseball game he chooses. Matt picks the seventh game of the 1960 World Series between the Pittsburgh Pirates and the New York Yankees. The Pirates dramatically won that game, in part because the ball in a would-be double play hit a stone and struck the Yankee shortstop in the throat. While not necessarily memorable, the book is a fun read. Thomas keeps this well-written tale moving steadily forward without needless subplots and reflections on the deeper meaning of 9/11. She also avoids the traps inherent in a boy’s coming-of-age tale, of which this is one. The characters are interesting and quirky without becoming irritating, and the historic game is meticulously recreated. The author repeatedly proves her baseball cred but unfortunately relies on the hoary convention of an advanced alien race facilitating time travel instead of inventing a new plot device. The lectures from the “superior being” on the rules and regulations of time hurdling—guidelines that many have heard before—slow the pace. Nevertheless, once the pedantic Time Keeper is finally out of the way, everything draws to an interesting conclusion, one that manages to both instruct and surprise at the same time.