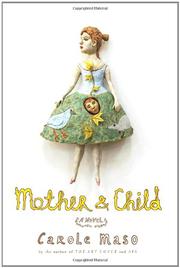 It’s the Age of Funnels (tornadoes to you), and the Vortex Man rules. Frequent elliptical references to falling towers and a burning city suggest that the Valley where Maso’s mother and child live is a place to which people fled after some catastrophic event that both is and is not the World Trade Center attack. The author’s intent is clearly non-naturalistic: The novel opens with a tree splitting in half, emitting a torrent of bats and a stream of light, and over the course of the narrative, parent and child burst into flames, descend into the center of the earth and commune with Egyptian gods. Yet Maso sends mixed messages. Allusions to evangelical Christians, the Catholic Church pedophile scandals and artists from Ingmar Bergman to Damien Hirst situate the book in something like a recognizable universe. So why is San Francisco called the City of Saint Francis, and China is GinGin, but India is India, and the North Pole still has its own name? It’s more like a jigsaw puzzle than a novel, though the World Trade Center allusions build toward a passage that attempts to make this event the linchpin of her protagonists’ lives as well as the catalyst for a world in which low-level war seems to be perpetual. Instead of creating a consistent alternative universe, Maso simply tosses together a hodgepodge of material designed to evoke both fairy tales and recent history without meaningfully engaging either. Characters have names like the Girl with the Matted Hair and the Grandmother from the North Pole, but they don’t have personalities or purpose. Lacking plot or psychology to anchor their attention, readers are likely to drift from one beautiful but baffling passage to another, wondering What It All Means.

Only for the most determined aficionados of the avant-garde.