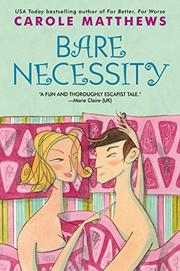 Lightweight romantic farce, often quite funny, from the British author of For Better, For Worse (2001).