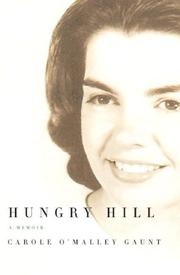 Among the many scenes that Gaunt recalls vividly from those years growing up in Hungry Hill, an Irish-American neighborhood in Springfield, Mass., is one of a priest administering last rites to her mother. The loss of her mother, whom Gaunt hadn’t been told was dying, was life-altering, for it immediately saddled the teenager with heavy adult responsibilities. With a touch of humor and a sense of pride, Gaunt recounts the strain of trying to mother her seven unruly brothers, one of them only two years old. Her hard-drinking father, who calls her “a tough cookie,” seems indifferent to her emotional needs: In an especially insensitive move, he has the family doctor inform her of his upcoming wedding. Gaunt depicts her new stepmother, Mary, as a hot-tempered hypochondriac whose love for parties abets the father’s already serious addiction to what he calls “Irish medicine.” When he dies, Mary, now the caretaker of his brood of eight, blackmails the children into meeting her behavior standards by threatening to walk out on them. Not only does the author write movingly of her dysfunctional family life, she provides an achingly honest picture of a teenager hungrily seeking at school the approval she does not receive at home. Although her father had told her that college was only for boys, in the end she escapes Hungry Hill by making her own way to university. Gaunt, now a playwright, has interspersed in the memoir six playlets featuring herself as an adult. The three in which she confronts her father are imaginary scenes demonstrating what she would have liked him to know, but the others—a sorrowful visit to her mother’s grave, a compassionate, sadly disjointed talk with her heavily medicated stepmother in a nursing home and a revealing phone call to one of her brothers—appear to be real events.

The many full conversations are not transcripts of actual dialogue, yet they have the ring of truth—as do all these recollections of the loneliness of a girl growing up first without a mother and then without a father.