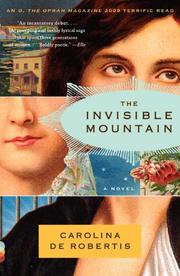 On the first day of every new century, the village of Tacuarembó witnesses a miracle. Jan. 1, 1900, brings a baby found in the treetops; as she flies down to the arms of her grandmother she also finds her name: Pajarita, little bird. A few years later, Venetian immigrant Ignazio Firielli falls in with a troupe of magicians touring the countryside. He is thunderstruck by Pajarita, marries her a few days later and sweeps her off to Montevideo. Ignazio begins wandering, drinking, whoring and gambling their money away, so Pajarita supports their children by mixing herbal remedies, first for the women of her neighborhood, then for the whole city. When their daughter Eva is ten, Ignazio takes her out of school to work in a shoe shop, where the owner regularly rapes her in the storeroom on top of the shoe boxes. She finally escapes to La Diablita, a restaurant filled with revolutionaries and writers, and decides while waiting tables there to become a poet. Eva moves to Buenos Aires with her childhood friend Andrés, but he mysteriously disappears. She meets and marries Dr. Santos, who introduces her to a life of ease in a city dominated by the Perons and their promises. Eva gives birth to Roberto, Salomé (whose delivery is aided by Ernesto Guevara) and hundreds of poems; when Argentina becomes too dangerous to write, love or breathe in, she returns with her children to Montevideo. There she encounters a woman named Zolá, who turns out to be Andrés after surgery, and the two fall in love. The final section follows Salomé and her involvement with the Tupamaros, a revolutionary faction that attempted to overthrow Uruguay’s dictatorship. Tortured and imprisoned for years, Salomé returns to freedom and a transformed Montevideo in the novel’s heartbreaking closing pages.