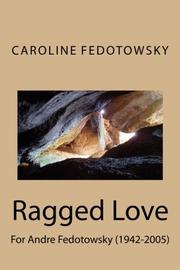 The book’s opening line is almost Joycean in its mixture of stream-of-consciousness and Gaelic dialect: “Ah daddy ah beautiful critter ya cannae sleep.” Fedotowsky’s father, an engineer, was dying at age 55. Even as a bereaved teenager, she found humor at his funeral, thinking a line of family members resembled “a row of cartoon monkeys sitting in the bottom of an aquarium.” Such original language particularly enlivens the first two chapters, which edge close to poetry with short, stanzalike paragraphs and impressionistic rather than explanatory details. From the third chapter onward, the book becomes more of a standard memoir, as Fedotowsky chronicles the family’s move to New York and her abortive stint at Boston University. Even in the traditionally chronological sections, however, her variable approach includes direct address (“Are you surprised to learn, dear reader…”) and self-deprecation—equating her loss of virginity with the novelty of sampling instant mashed potatoes for the first time. Soon, Fedotowsky met “Andre the dreamboat,” a Latvian under family pressure to succeed in America. She left her hippie friends behind to join Andre in Quebec, where brutal winters cut them off from the social revolutions of the 1960s. Living in a “rural goddamn wilderness” also strained their relationship, especially when Andre took up drinking after a motorcycle accident. Still, the ties of “ragged love” kept Fedotowsky with Andre; they married in 1970 and moved to California. Andre’s uneven professional life and declining health—kidney failure exacerbated by dementia—make for a strangely hurried portion of the narrative. Andre’s death, at age 63, repeats the memoir’s beginning: “Ah beautiful critter ya cannae sleep.” The last few pages, though, are a particularly rushed roll call of dead family and friends. The Fedotowskys’ tumultuous marriage could surely fill a book twice this length. Although brevity magnifies her passion, the sense of haste is increased by the book’s editing: Punctuation is often lacking, and little attention has been paid to font or page layout.

A unique but hurried account of a difficult relationship.