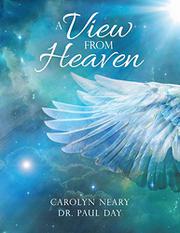 A VIEW FROM HEAVEN

by Carolyn Neary & Paul Day with illustrated by Linda Lee

A series of meditations examines the Christian life.

Neary opens this slim nonfiction debut with a vivid account of the night at Bible study camp in her 16th year when she decided to challenge Jesus directly, praying that if he would reveal himself to her, she would serve him. At once, the room filled with light and breeze, and she felt herself in the presence of her Lord. This kind of encounter is in accord with what Neary’s collaborator Day writes in his preface about the Christian God. “He wants to be found,” Day claims. “He wants to be known. He has been waiting for you to arrive at this moment in history to make Himself known to you.” Since someone who wants to be known would actually make himself known—not through private, ambiguously felt presences but by direct, observable, and unambiguous encounters—this and other sentiments expressed throughout the book indicate its target readership is the authors’ fellow devout Christians. And for those Christians, Neary and Day have enlisted the aid of artist Lee to make their book a lovely, illuminated work. There are briskly narrated meditations on seemingly trivial items (the desert, for instance, or the alabaster jar containing the scented oils Mary Magdalene used to anoint Jesus, which becomes the focal point for an intriguing elaboration). And each of the volume’s sections is suffused with the kind of peaceful optimism (“We are meant to have joy all the time and have it be our strength,” for example) that the authors clearly intend to impart. There are occasional minor inconsistencies. On the same page, for instance, readers are told conflicting tidbits about angels: that they understand nothing about humans except what they learn from God and that they know mortals’ stories because they have studied them. But the majority of this handsome pamphlet acts as pure reassurance for the faithful.

A series of quick, impressionistic affirmations for Christians in a beautifully crafted booklet.