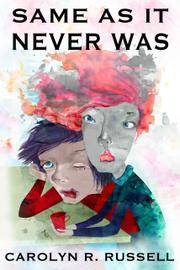 SAME AS IT NEVER WAS

Adjusting to a new town becomes especially hard for a teen once she suspects a service club is up to something sinister in this YA mystery.

Quinn Bard, even after two-plus months in West Williston, New Hampshire, is ready to return to Boston. Her family, however, is content, including her older sister, Arista, smitten with next-door neighbor/boyfriend, Danny Di Caramo, and her perpetually giggly 4-year-old brother, Bub. The kids’ mother takes it upon herself to sign Quinn up for Eco Troop, an “ecology-minded” club of peers. Surprisingly, Quinn is warned off almost immediately via a note: “Leave and don’t come back.” She later learns the note writers are Danny and his younger sister, Julie, but a second warning, this one vocal, merely succeeds in piquing Quinn’s interest in Eco Troop. Seems the adult club leader, Nadine Stent, is allegedly using family secrets to coerce school kids into helping with and keeping quiet about bizarre projects. These entail a mysterious goop; Quinn steals a test tube’s worth of the stuff from the club’s warehouse and inadvertently spills it on herself. She and fellow Eco Troopers try to identify the substance while Stent only gets creepier. The club leader is somehow linked to Allsaints Pharmaceuticals, where Quinn’s dad works. Russell’s (The Films of Joel and Ethan Coen, 2001) novella boasts a comical tone, primarily due to Quinn’s narration. She, for example, gleefully notes Danny and Julie’s obvious discomfort at the Bards’ vegetarian dinner and unabashedly uses words like “concrete-y” and “stagefrightful.” While Stent is a memorable villain and the danger indisputable, a few of the mysteries (for example, an Eco Trooper who disappears) are resolved too easily and expediently. Nevertheless, Russell wisely concentrates on characters, particularly the Bards. Their mutual devotion is refreshing, a family in which its youngest member, persistently covered in everything from compost to maple syrup, is not exasperating but rather a reflection of the clan’s unwavering happiness. As Quinn sincerely asserts, “We Bards are pretty mushy people.”

An entertaining tale aggrandized by an unshakable protagonist and the family she’s thankfully stuck with.