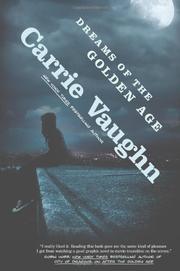 DREAMS OF THE GOLDEN AGE

Is covert manipulation a better parental and corporate tactic than overt pressure? Vaughn’s superpowered sequel to After the Golden Age (2011) attempts to answer that.

Celia West wasn’t born with superhuman abilities like her parents were, but her dedication to her home, Commerce City, is no less fierce. She did inherit the family business, West Corp, and she works tirelessly to use her wealth to better the city, not merely to profit from it—to the dismay of her rivals. She also keeps a keen but surreptitious eye on all of the descendants of Commerce City’s superhumans, waiting for them to show powers of their own and secretly encouraging their vigilantism when they do. Naturally, she’s wondering if her teenage daughters by telepath Dr. Arthur Mentis, Anna and Bethy, will be among them. Meanwhile, Anna struggles with figuring out how her ability to psychically locate people fits in with the more battle-ready powers of her friends (all members of the vigilante team she’s secretly formed) and concealing her activities from her parents. As in the previous volume, the superhero narrative is a framework to explore the different ways in which children establish their independence from their parents and the degree to which parents can actively support that endeavor—and to what extent parents can and should accept support from their children. The story also examines the considerable reach of financial and legal power and how one’s good intentions when wielding those powers may not be enough to justify one’s actions. Finally, it serves as a strong argument for open, honest communication—even, or perhaps especially—in a milieu of disguises and secrets.

A worthy, rich and thoughtful sequel.